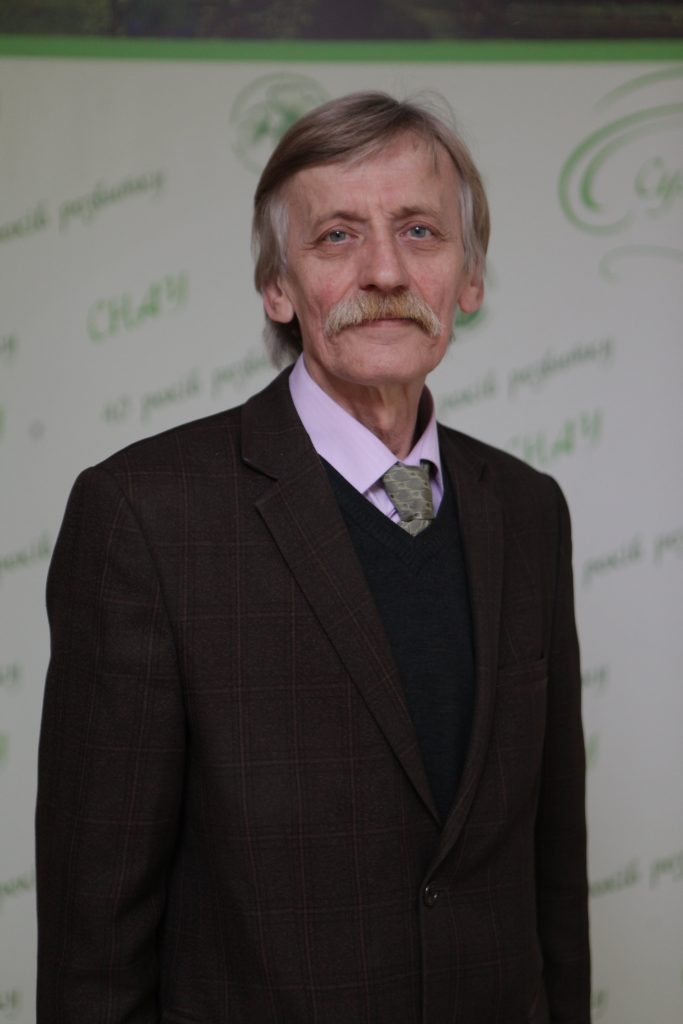 Born Feb. 26 1958 in Lozova, Kharkiv Region.
1977 graduated from Kharkiv State School of Art.
1982 graduated from Kharkiv Art and Industry Institute.
1994 – 1997 held the post of an executive secretary of the National Union of Artists of Ukraine in the Sumy Region.
1997 – 2004 held the post of the Chairman of the Board of the National Union of Artists of Ukraine in the Sumy Region.
Since 2014 he has been working as a senior lecturer of the Department of Architecture and Engineering Research of the Sumy National Agrarian University.
Main Academic Subjects: «Drawing, Painting, Sculpture».
Area of Research: Painting of all genres.
Additional Information: Honoured Artist of Ukraine (2004), Certificate of the President of Ukraine (2002), Certificate of Ministry of Culture and Tourism of Ukraine (2004, 2010), a Golden Sign and an Honourable Diploma of the “Kulturne Nadbannia” Fund (the “Cultural Heritage” Fund) (Russia, Moscow, 2012), an Award of the Sumy Region Rada of People’s Deputies in fine arts (2001), the Mykola Makarenko award of Sumy Community in Kyiv (2006), an Award of the First Ukrainian Contest “Mystetstvo Yak Investytsiia” (“Art as an Investment”) in the Landscape Nomination (2011).
His pictures reside at Management Office of Ministry of Culture of Ukraine, N. Onatsky Regional Art Museum in Sumy, Chuhuivska Art Gallery, Museums of Local Lore in Shostka, Konotop, Romny (the Sumy Region), in Lozova (the Kharkiv Region), Kyiv National Museum of Russian Art (Kyiv), State Museum of Art in Cheboksary (Chuvashiia, Russia), Cultural Heritage Fund (St. Petersburg, Russia), State Memorial Flat of P.Tychyna (Kyiv) and in private collections of Ukraine and countries of EU, Asia, America, Australia.